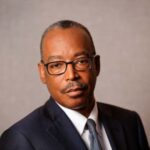 Vence L. Bonham, JD, is the senior advisor to the director of the National Human Genome Research Institute (NHGRI) on genomics and health disparities at the National Institutes of Health. Bonham is also an associate investigator in the Social and Behavioral Research Branch at NHGRI. Before joining NHGRI, he was a tenured faculty member at Michigan State University with appointments in the College of Human Medicine and Law. At NHGRI, he leads the Health Disparities Genomics Unit, which conducts research that evaluates approaches to integrating new genomic knowledge and precision medicine into clinical settings without exacerbating inequities in healthcare delivery. Bonham’s research focuses primarily on the social implications of new genomic knowledge, particularly in communities of color. He studies how genomics influences the use of the constructs of race and ethnicity in biomedical research and clinical care, and the role of genomics in exacerbating or ameliorating health inequities. 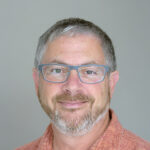 Rich Caruana, PhD, is a senior researcher at Microsoft Research. Before joining Microsoft, Caruana was on the faculty in the Computer Science Department at Cornell University, at UCLA’s Medical School, and at CMU’s Center for Learning and Discovery. His PhD is from Carnegie Mellon University, where he worked with Tom Mitchell and Herb Simon.  His thesis on Multi-Task Learning helped create interest in a new subfield of machine learning called Transfer Learning. Caruana received an NSF CAREER Award in 2004 (for Meta Clustering), best paper awards in 2005 (with Alex Niculescu-Mizil), 2007 (with Daria Sorokina), and 2014 (with Todd Kulesza, Saleema Amershi, Danyel Fisher, and Denis Charles), co-chaired KDD in 2007 (with Xindong Wu), and serves as area chair for NIPS, ICML, and KDD.  His current research focus is on learning for medical decision making, transparent modeling, deep learning, and computational ecology. 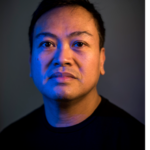 As clinical research director and principal research scientist at the MIT Laboratory for Computational Physiology (LCP), and as a practicing intensive care unit (ICU) physician at the Beth Israel Deaconess Medical Center (BIDMC), Leo Anthony Celi, MD, MSc, MPH, brings together clinicians and data scientists to support research using data routinely collected in the process of care. His group built and maintains the publicly available Medical Information Mart for Intensive Care (MIMIC) database and the Philips-MIT eICU Collaborative Research Database, with more than 20,000 users from around the world. In addition, Leo is one of the course directors for HST.936 – global health informatics to improve quality of care, and HST.953 – collaborative data science in medicine: both at MIT. He is an editor of the textbook for each course, both released under an open access license. Secondary Analysis of Electronic Health Records has been downloaded more than a million times, and has been translated to Mandarin, Spanish and Korean. 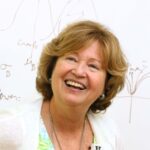 Nancy Cox, PhD, is a quantitative human geneticist with a longstanding research program devoted to understanding the genetic component to common human diseases. She earned a BS in biology from the University of Notre Dame in 1978, a PhD in human genetics from Yale University in 1982, and did postdoctoral work at Washington University and the University of Pennsylvania before joining the faculty at the University of Chicago in 1987. She spent 28 years there before joining Vanderbilt in 2015 as the Mary Phillips Edmonds Gray Professor of Genetics, Director of the Vanderbilt Genetics Institute, and Director of the Division of Genetic Medicine. Much of the research in the Cox lab is focused on integrating genome variation 1) with genome function in analysis of data from BioVU, the biobank at Vanderbilt with more than 240,000 subjects with DNA samples, 2) with funded research in the Genotype Tissues Expression (GTEx) project since its inception, 3) in analysis of sequence data from NHGRI-funded Centers for Common Disease Genomics (CCDGs) (co-PI with Bingshan Li), and 4) in a Center of Excellence in Health Disparities on Precision Medicine and Population Health (co-PI with Consuelo Wilkins). Cox is the 2017 President of the American Society of Human Genetics and a past editor-in-chief for Genetic Epidemiology. She is a Fellow of the AAAS, a Landon Award co-winner from the American Association for Cancer Research in 2008, and winner of the International Genetic Epidemiology Leadership Award in 2010. 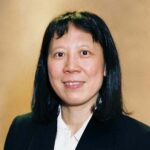 Xihong Lin, PhD, is a professor of biostatistics and coordinating director of the Program in Quantitative Genomics at the Harvard T. H. Chan School of Public Health, and a professor of statistics at the Faculty of Arts and Sciences of Harvard University. She is the former chair of the Department of Biostatistics. Lin’s research interests lie in development and application of statistical and computational methods for analysis of massive genetic and genomic, observational study, and biomedical data. Lin is an elected member of the National Academy of Medicine. She received the 2002 Mortimer Spiegelman Award from the American Public Health Association, and the 2006 Presidents’ Award and the 2017 FN David Award from the Committee of Presidents of Statistical Societies (COPSS). She is an elected fellow of American Statistical Association (ASA), Institute of Mathematical Statistics, and International Statistical Institute. Lin received the MERIT Award (R37) (2007-2015) and the Outstanding Investigator Award (OIA) (R35) (2015-2022) from the National Cancer Institute (NCI). Lin is the former chair of the COPSS and a former member of the Committee of Applied and Theoretical Statistics (CATS) of the National Academy of Science. She is the former chair of the new ASA Section of Statistical Genetics and Genomics. She is the former coordinating editor of Biometrics and the founding co-editor of Statistics in Biosciences.  She has served on a large number of committees of many statistical societies, and numerous NIH and NSF review panels. 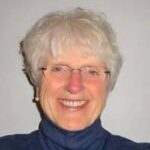 P. Pearl O’Rourke, MD, is the director of human research affairs at Partners HealthCare System, Inc., in Boston, MA, and an associate professor of pediatrics at Harvard Medical School. She is responsible for the systems that support the regulatory and ethical oversight of human research and human embryonic stem cell research. O’Rourke’s career began as a pediatric critical care physician at Children’s Hospital Boston, and then at Children’s Hospital, University of Washington, as director of the Pediatric Intensive Care Unit. She did clinical research in extracorporeal membrane oxygenation, liquid ventilation, high-frequency ventilation, and pediatric resuscitation. Following a Robert Wood Johnson Health Policy fellowship working for Senator Edward Kennedy from 1997 to 2000, she was the deputy director of the Office of Science Policy in the Office of the Director at the NIH, where she worked on issues such as privacy, gene therapy (transfer) embryonic stem cells, and genetic discrimination. O’Rourke is the ex-chairman and a former member of PRIM&R’s Board of Directors, and she was a member of the AER18 Core Conference Planning Committee. 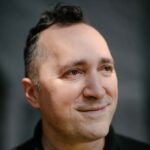 Babak Parviz, PhD, is a vice president at Amazon.com. He received his BA in Literature from the University of Washington, BS in Electronics from Sharif University of Technology, MS in Physics from U-M, and MS and PhD in Electrical Engineering from U-M. He completed his postdoctoral fellowship in Chemistry and Chemical Biology at Harvard University. Prior to joining Amazon, he was with Google as a Google distinguished engineer and a director at Google [x]. He is the creator of Google Glass. He founded, built, and led the Glass program until 2013, founded the robotics surgery program , and co-founded the Smart Contact Lens program at Google. He co-invented the biosensing technology resulting in the founding of Claros Diagnostics Inc. His research, engineering, and development interests span novel computing and communication paradigms, high-tech with social impact, bionanotechnology, bioengineering, MEMS, nano-scale devices, and photonics. His work has been put on display at the London Museum of Science and has received numerous recognitions, including the National Science Foundation Career Award, MIT Technology Review 35, Time magazine’s best invention of the year (2008 and 2012), IEEE CAS Industrial Pioneer Award, Your Health Top 10 Medical advance of the year, and About.com top invention. He was selected by Ad Age as one of the 50 most creative people in the United States, and he received the University of Michigan Bicentennial Alumni Award. 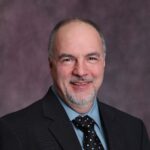 Marc Williams
Marc S. Williams, MD, FAAP, FACMG, FACMI, a clinical geneticist, is the director of Geisinger’s Genomic Medicine Institute, the co-PI of the Geisinger eMERGE project, and the medical director of the whole genome sequencing clinical research project. Williams is site PI and leads the EHR workgroup of the NHGRI-funded ClinGen project. He is on the NHGRI Genomic Medicine working group and has participated in the Personalized Medicine Workgroup of the Department of Health and Human Services’ American Health Information Community Task Force, and was a member of the Secretary’s Advisory Committee for Genetics, Health and Society. He is a member of the EGAPP working group.  He is a member of the American College of Medical Genetics and Genomics (ACMG) Board of Directors, serving as vice-president for Clinical Genetics, and rejoins the board as president-elect in 2019. Williams is past chair of the ACMG Committee on the Economics of Genetic Services and founded the ACMG Quality Improvement Special Interest Group. He recently joined the Scientific Advisory Boards of the NIH Undiagnosed Diseases Project, and Online Mendelian Inheritance in Man.

Areas of Expertise to be represented on the PHNAB may include, but are not limited to:

Roles and Responsibilities of PHNAB Members: