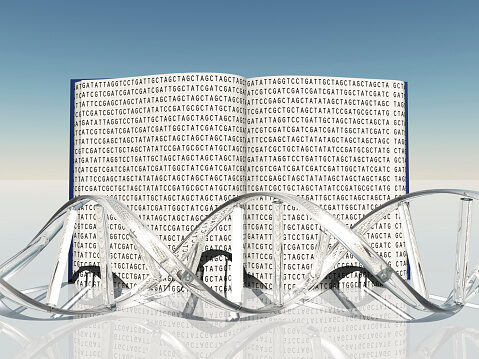 With the increasing ease and affordability of genetic testing, and the existence of large repositories of genetic data such as the Michigan Genomics Initiative (MGI), scientists are able to draw information from hundreds of thousands of genes across large populations to pinpoint which genes, or groups of genes, contribute to different diseases. This information determines a “polygenic risk score,” which can then be applied to help identify subsets of the population who may be at an increased risk of developing a particular disease.

Nicholas Douville, MD, PhD, a clinical lecturer in anesthesiology at U-M, and colleagues are studying how polygenic risk scores can also play a part in the perioperative setting, to help predict which individuals undergoing non-cardiac surgery are at risk of cardiac injury in the days following their procedure. Their findings have been published in the journal Circulation: Genomic and Precision Medicine.

Douville, lead author on the study, explains that “this study is among the first of its kind to integrate data from the electronic health record with genotype data to predict a complication following surgery.” The researchers integrated data from three sources:

This integration allowed the team to better predict which patients were most susceptible to cardiac complications following surgery. “This project serves as a first step to developing a clinical decision support system to provide personalized care for patients undergoing surgery at Michigan Medicine,” Douville says.

Douville says the team focused on MINS “as an exemplar for the utility of this overall approach, given its clinical significance, relatively high frequency, and an objective (laboratory-based) diagnostic metric,” i.e., troponin levels.

Because elevated troponin levels are the main indicator of MINS, the condition is straightforward for researchers to identify after the fact, but difficult for physicians to spot immediately after surgery. “As routine troponin surveillance after surgery is not typically done, as many as 80% of patients having myocardial injury after surgery may not be detected,” Douville says. “Our research aims to better identify high-risk patients and improve screening for this complication in the asymptomatic population.”

Douville and colleagues leveraged data from more than 40,000 patients within MGI for the study. “All patients used in this study were MGI participants,” says Douville, adding, “This was the first study using MGI for an anesthesia-specific research project.”

“The perioperative period represents a promising opportunity to use precision medicine to improve outcomes,” Douville says. And now is the time to incorporate genetic information in a clinically useful way. “Numerous metrics currently exist for identifying patients at risk for perioperative complications, however, these have been either over-simplified to assign risk in a non-physiologic manner or overly complex to prevent widespread adoption,” Douville says. “Furthermore, none of the existing models incorporates genetic information, despite increasing availability of such data and evidence that genomics may explain a substantial portion of overall risk. …. Recent breakthroughs in predictive algorithms and techniques to integrate environmental and lifestyle factors in the overall risk stratification have led to renewed interest in polygenic risk assessment.”